The Dangers of Taking a Tree Down Without Professional Help 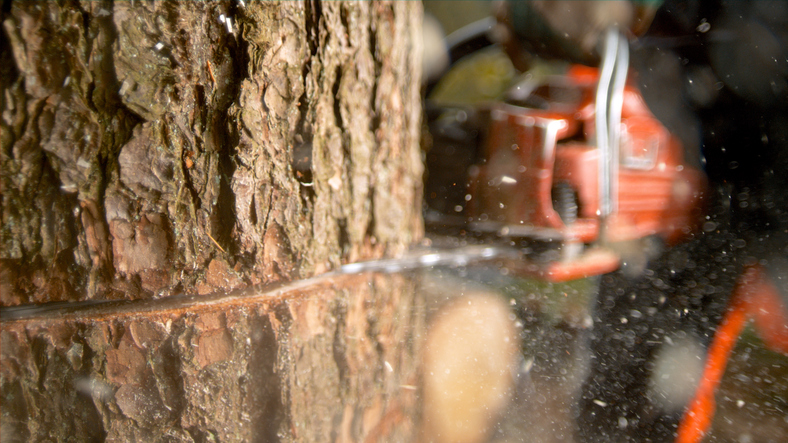 First of all, apologies to those of you who are regulars to our blog. We’ve been a bit quiet of late, but that doesn’t mean we don’t care about passing on useful information about tree care and tree surgery in general. It just means we’ve been busy doing what we do best.

So, based on a conversation one of our tree surgeons had recently we thought it was time to remind everyone that as tempting as it may be, you should NEVER remove a tree in your garden without professional help. Here’s why:

Our tree surgeon was idling around his home at the weekend when they happened to spot a neighbour tying a washing line around the trunk of a small tree in their garden. By small, we mean about 8 or 9 feet high. Thinking nothing more of it he simply thought they were moving the existing position of the line.

How wrong they were! A few moments later the sound of a handsaw could be heard. Interest was immediately pricked so, of course, it meant another peep out of the window. To his horror, the neighbour had set about their tree trunk with nothing more than a washing line to steady it (in fact, we wouldn’t even go that far)!

What ensued was nothing short of incredibly dangerous. Getting nowhere with the handsaw, the neighbour disappeared and returned with a chainsaw. Now, we know you have to understand how a power tool like this works and how to handle it or the consequences could be life-changing.

“Cutting” a long story short, the neighbour managed to cut through the trunk of his tree, and then (again to the horror of our friend) simply pulled it so it fell to the ground, leaving about 4 feet of tree still in the ground.

This might not sound like it’s that much trouble but the things that could have gone wrong don’t bear thinking about. This person was narrowly missed as he dragged the trunk away using the washing line. We’re not even going to discuss what could have happened if anything had gone wrong with the chainsaw!

What if it had got tangled with the washing line? No safety clothing was being worn so the loss of a limb (or a fair few digits) was a real possibility. Worse, the tool could have gone out of control because of the way it was being handled so the injuries mentioned above could have been the least of this man’s worries!

Is safety first! Apart from the fact the tree this man who, in his own mind probably believes trees can withstand just about anything (a story for another day) has probably killed the poor thing off completely, there is also the fact he could have killed himself!

Given the little story above (which is a true account), we can’t stress enough that you should ALWAYS seek some professional advice before tackling a job like this in your garden, no matter how trivial it may seem.